Citroen's C3 supermini lays claim to being one of the most comfortable cars in its class. With a well constructed interior, plus a practical boot, it offers plenty of space for driver and passengers. Couple that with the smooth ride, and refined engines, and the C3 adds up to a capable rival to the likes of the Mazda 2 and Renault Clio. The C3 is in its element around town, thanks to good visibility, and accurate steering. Nearly all C3 models feature a panoramic windscreen that distinguishes the car from its rivals. Several engine options are offered by Citroen though the best value is had in the middle of the range with either 1.4-litre petrol or HDi turbodiesel options.

Do you own this car? Let us know what you think about it with the Driver Power Survey http://www.autoexpress.co.uk/front_website/driverpower/2011 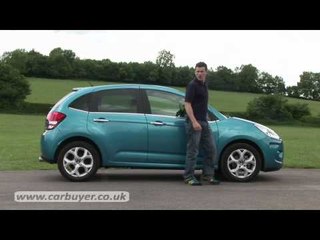